Same- sex intercourse or other such homosexual acts have been deemed to be against the order of nature or as acts of gross indecency, and their criminalization has been the norm since the Colonial era. Till 2007, Section 377 of the Indian Penal Code, 1860, which criminalized carnal intercourse against the order of nature, was para materia with Section 377 of Singapore’s Penal Code 1936, when the latter was repealed. However, Section 377A of Singapore’s Penal Code, which essentially criminalizes consensual sex between men, still remained a part of the law.

In 2018, in the landmark case of Navtej Singh Johar v. Union of India (hereinafter “Navtej”),[1] the five- judge constitutional bench of the Indian Supreme Court struck down the criminalization of homosexuality under Section 377 of the IPC. Not long after this judgment, three Originating Summons were filed by three homosexual men before the High Court of the Republic of Singapore, which were heard together on consent of the parties in Ong Ming Johnson v. Attorney General,[2] challenging the constitutionality of Section 377A of the Penal Code of Singapore on Article 9 (Right to Life and Personal Liberty), Article 12 (Equality before the Law) and/or Article 14 (Freedom of Expression) of the Constitution of the Republic of Singapore.

Section 377A, which was embodied in the Singapore law in 1938 while Singapore was under the British administration, criminalises “Outrages on Decency” and reads as follows: “377A. Any male person who, in public or private, commits, or abets the commission of, or procures or attempts to procure the commission by any male person of, any act of gross indecency with another male person, shall be punished with imprisonment for a term which may extend to 2 years.”

In the instant case, seven issues were determined by the Court on the constitutionality of Section 377A:

However, in the present Article, I will critically analyse only the issues on violation of Article 12 and Article 14, where reference was made and the Singapore court showed dissent to the Indian jurisprudence. Nevertheless, for a brief case summary to further comprehend the ratio on this judgment, you may check the official Singapore Supreme Court website at this link.

As one of the grounds for challenging the constitutionality, the plaintiff relies on Article 12 which provides for the equality clause and is para materia with Article 14 of the Indian Constitution. The plaintiff questions the provision as being under- inclusive and over- inclusive for not criminalizing female homosexual conduct and on the issue of criminalizing private conduct which however does not harm public morality, respectively. As far as these issues meeting the reasonable classification test under Article 12(1) is concerned, the dilemma lies in the inclusion of the broader test of “proportionality” in the reasonable classification test.

In furtherance, the plaintiff places reliance on the jurisprudence of different nations which share similar history, legal system, heritage or society to that of Singapore to emphasis on the limitations and criticisms of the reasonable classification test insofar as it operates solely as a threshold inquiry, adopted by the Singapore courts over time to not include “proportionality” as a yardstick for testing reasonable classification.

On comparison with the Indian decisions, the plaintiff relies on Om Kumar v Union of India[3] wherein the Supreme Court observed that on considering whether a specific provision or statute conforms to the reasonable classification test, “the courts were examining the validity of the differences and the adequacy of the differences. This is again nothing but the principle of proportionality.” On further emphasis on the proportionality approach, the court observed that any regulation on the Fundamental Rights by a statute or an order, to meet the objective of such statute or order, should be the least restrictive one. This judgment is evidence to the dynamism of the Indian judiciary which, though occasionally over- enthusiastic, does not entirely crawl upon the functions of the legislature.

In accelerating this dynamism, the Indian judiciary has, in Anuj Garg v. Hotel Association of India[4] and further affirmed in the Navtej judgment,[5] acknowledged the need to uphold and give precedence to the implications and effects of a legislation rather than plainly assessing an enactment on its objects and purposes which would hold redundant after decades of the statute coming into force. The relevancy and efficiency of law lies in it evolving with the changing socio-economic or political conditions of the society that it is bound to serve.

However, the Singapore High Court considers the judgment delivered by the Indian judiciary to be ill-suited to the traditional principles of judicial review subscribed to by the Singapore law and deems improper to adopt “proportionality” as a yardstick under the reasonable classification test for the reason that the proportionality approach would consequently lead in reviewing the legitimacy of the objects of a statute which would result in the judiciary acting like a “mini- legislature” (at [216]). In disregarding the preference afforded to the effects and implications of a statute in adjudging its validity contrary to sticking to the purpose for which the statute was enacted, the court goes to the extent of upholding that it will not consider any “extra- legal arguments, regardless of how valid or plausible they may seem to be” (at [223]). Overlooking such arguments irrespective of their validity, as expressly observed by the Hon’ble Court, is a sign of plain mulishness.

As it appears to be, the role of judiciary in Singapore is, to a great extent, curtailed to the classical role of interpretation of the statute only and anything more would entail in it usurping the functions of the other organs of the government.

The plaintiff further relies on the right to freedom of expression guaranteed under Article 14(1)(a), para materia with Article 19(1)(a) of the Indian Constitution, to encompass the freedom of sexual orientation and sexual preferences, subject to such acts being consensual and in private, as a challenge to the disputed constitutionality. It is established that the freedom of expression is not an absolute right but the court in the instant case does not dwell into the restrictions under Article 14(2)(a).

The court, on applying varied internal and external tools of interpreting a statute, opined that the freedom of expression cannot be divorced from the freedom of speech and therefore is restrictive in nature to include only verbal communication (at [249]).  The same was observed despite the umpteen, repetitive contentions from the plaintiff’s end that such an interpretation would “render the term ‘expression’ otiose” (at [251]).

In furtherance, the plaintiff also produced foreign authorities in support of his proposition. However, it is saddening that the High Court dissented with the ratio in the Navtej judgment, which entailed within the freedom of expression the right to homosexual conduct, by holding that, “I am unable to agree with the reasoning of the Indian Supreme Court given that the court appeared to have accepted a wider meaning of what constitutes ‘expression’, extending beyond verbal communication of ideas, opinions or beliefs” (at [262]).

The court, in concurrence with the defendant’s argument, also edged forward to observe that endowing an expansive interpretation would include any human conduct and any form of sexual expression, precisely, bestiality, incest, necrophilia or paedophilia, within the realm of “expression” which, howbeit, would not embrace the morals of the Singapore legal system and the intention of the constitutional makers in bestowing such a freedom. (at [263]).

The views of the Hon’ble Singapore Court do not, to the least, appease my conscience. The comparison of consensual sexual acts between same sex couples with a psychological disorder like paedophilia or an absurd obsession like in necrophilia or the callous act of bestiality through carnal intercourse with animals, without each adhering to the prerequisite of consent, is utterly irrational. Such unreasonable criminalization obstructs the realization of the rights of the male homosexuals because their expression of autonomy and self- determination through their sexuality is not permitted to be pronounced. Despite being a miniscule of the population, every individual or community is vested with certain inalienable human rights and as has been established globally, the human right to the freedom of expression is all- embracing than the freedom of speech to include more than any natural, oral or written expression.[6]

Therefore, to efficiently discharge its functions and in the interest of upholding complete justice, the author is of the opinion that the need of the hour is for the judiciary in Singapore to become the sentinel on the qui vive, rather than inhibiting to the traditional notions of judicial review by succumbing to the dubious and minute risk of preempting the province of other organs. 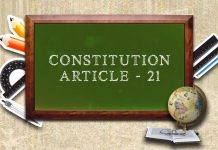 Procedure established by law and due process of law’: Analysing India and the USA’s scenario 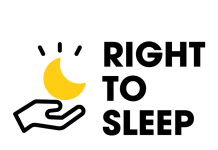 Right to sleep as a fundamental right under Article 21: A myth or a dead letter 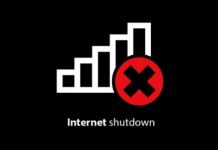