The advent of the modern world with its classical liberal ideas has rendered rule of law as the basic framework for questioning and analysing legal and political regimes. The conception is understood more as a continuum than a concrete set of characteristics but is premised on the basic idea of making power accountable and checking the arbitrary use of power by the governors. Upendra Baxi in his article ‘The Rule of Law in India’ emphasizes the tendency of limiting this conception by discussing it only within the liberal tradition from where it originated. He further examines the Indian instance to propose a post-colonial understanding of Rule of Law, which is based on but not limited to the liberal discourse. This essay looks at the form of Rule of Law that emanates from the post-colonial Indian state through the framework of constraint and facilitative languages of Rule of Law as expounded by Baxi.

According to Baxi’s bifurcation, constraint languages usually provide for institutional and procedural limitations to check power like separating different functions and producing a system of accountability. These checks can be understood as being more procedural in nature rather than being burdened by substantive ends. The Rule of Law language in this category will limit the power of the state apparatus to uphold the idea of rights and good governance. Contrastingly, the facilitative language of Rule of Law gives various choices to the state in terms of political processes. These choices are loaded with certain conceptions of ‘justice’, ‘fairness’, ‘good governance’ and the like. The post-colonial state with its transformative agendas becomes this facilitative state that requires for public institutions to be able to intervene and uphold an idea of justice in their functioning. The developmental state aims to transform society through affirmative action and facilitation of growth and development and not just negative rights.

The Indian judiciary has played a vital role in informing discussions of development, rights, governance and justice[1] with substantive ideas of justness and fairness marking a move from constraint to facilitative language of Rule of Law. In terms of amendatory powers, the judiciary has been able to procure for itself the position of the custodian of the Constitution of India by defining the basic structure doctrine in its landmark judgement of Keshavnanda Bharti vs. Union of India[2]. The 1980 Minerva Mills[3] judgement again underlines the basic structure doctrine and comments on the overreach of the legislative body. This limit on amending the constitution by the elected representatives is underpinned by the notion of upholding the essence of the constitution itself, its unamendable basic structure.

The evolution of ‘due process’ jurisprudence in the country again highlights a move towards more facilitative Rule of Law with acceptable substantive interventions. Examining several landmark cases Abhinav Chandrachud exhibits three forms and phases of ‘due process’ evolution in India. The ‘due process’ debate is contextualized in the originary moment of constitutional politics. On advice of Justice Frankfurter, B N Rau suggested amendments to Article 21 by replacing ‘liberty’ with ‘personal liberty’ and ‘due process’ with ‘procedure established by law’ (as borrowed from the Japanese Constitution) to avoid the Lochner era. But since then, the Supreme Court has been able to introduce procedural due process with its landmark judgement in the Maneka Gandhi case[4] and a more substantive due process later in the 1980s. The Bachan Singh case[5] witnessed application of a procedural form of due process for both procedural and substantive laws. This was in contrast with the Maneka Gandhi case which limited this intervention to procedural laws. Later, in Mithu vs. State of Punjab[6] the scope of substantive due process was discussed and, subsequently, applied in the P Rathinam[7] and Gian Kaur[8] cases. The Naz Foundation case[9] witnessed the clear use of substantive intervention and the application of the golden triangle- Article 14, 21 and 19.

Another chief constitutional moment that marks the thick ROL conception in India is the post-emergency dilution of locus standi by the SC to give legitimacy to epistolary jurisdiction. The first reported case was the Hussainara Khatoon vs. State of Bihar[10]. The biopolitical drama that ensued in the nation with outrageous policies like the infamous nasbandhi, demolition of juggi jhopdis and vehement censorship of the press mark the period of emergency under Indira Gandhi. Dr. Khanna examines this ill-treatment of not just the political society but also the civil society and this collective reduction of both to bare life  (as understood in Agamben’s framework). This ‘entanglement through victimhood’ of the ‘muted masses’ and the ‘speaking subject’ during the state of exception lends civil society the ability to talk as the masses during the emergency and, later, for the masses through Social Action Litigation. Post-emergency the public attains the power to be represented in Court through the elaborate machinery the state lays down in form of the Public Interest Litigation or Social Action Litigation.

The Supreme Court has conferred on itself immense power to foreword not only a just legal regime but also a developmental regime. The transformative agenda of a post-colonial nation-state in the Indian case is well articulated in Part IV of the constitution. Although, this section was decreed unenforceable at the constitutive moment, but the SC has also been successful in translating DPSPs into fundamental rights or making them partially enforceable by reading them with Part III. The commitment of forwarding social movements like the RTI movement or the decriminalising of homosexuality or reading various rights within Article 21 are examples of how the judiciary has taken up an activist role developing a strong constitutional morality. This activist role can be perceived as overstepping by an unelected body over the executive and the legislative organs and is highly contentious but has come to define a post-colonial constitutionalism where the state is actively indulging in progressive politics, making the state a crucial actor in the transformative process. And at the core this judicial activism remains an attempt of what Baxi calls a romantic articulation of Rule of Law: ‘a terrain of peoples’ struggle incrementally to make power accountable, governance just and state ethical.’

[1] The four elements along which Baxi examines ROL in India. 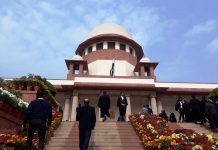